On a small island in the Bahamas called Bitter Guana Cay, an endangered species of Bahamian Rock Iguanas roam the land. Visit these prehistoric animals on a day trip to the Exuma Cays and Staniel Cay.

The iguana island in the Bahamas (Bitter Guana Cay) is home to the only remaining Bahamian Rock Iguanas in the world.

Bitter Guana Cay lies in the northern half of the chain of islands below the Florida peninsula known as the Exuma Cays of the Bahamas. 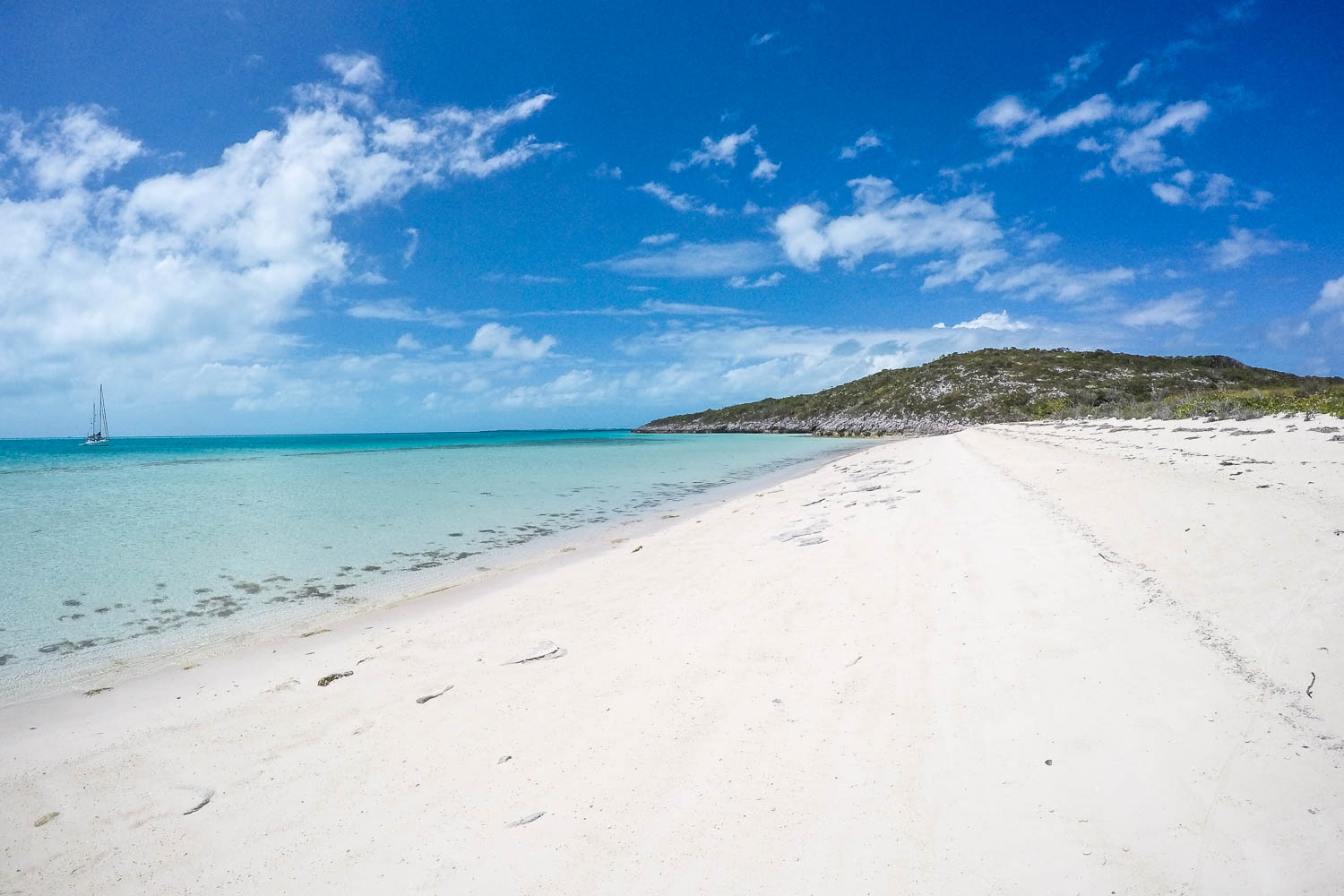 The Exumas are known for being more remote and exotic than the northern islands of the Bahamas. In the Exumas, it is always possible to find a quiet, secluded beach to make you feel like the entire island is yours.

There are 365 islands mixed into turquoise water with their white sand beaches which make up the Exuma Cays. Bitter Guana Cay is located exactly 86 miles south of the capital city, Nassau. Its proximity makes it perfect for a day trip to see the Iguana Bahamas population up close and personal.

What are the Bahamian Rock Iguanas?

The Bahamian Rock Iguanas that live on Iguana Island are an endangered species of reptiles known as ‘Cyclura’ in the scientific community. The name can be translated from Greek to mean circular tail — probably because of its distinct thick-ringed tail.

Scientists believe this species has evolved over the course of 3 million years into three different subspecies: the Andros Island iguana, the Allen’s Cay iguana, and the Exuma Island iguana. 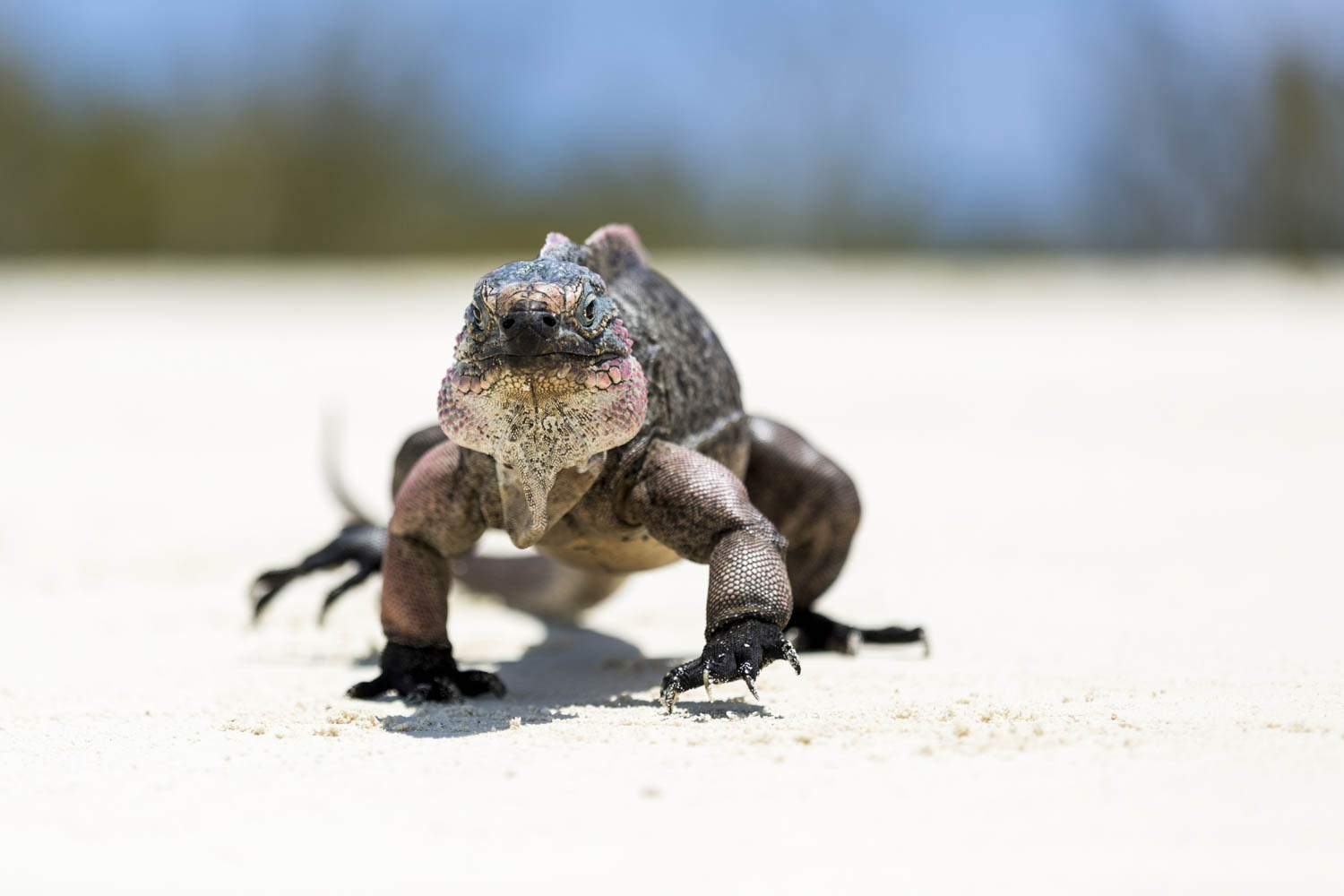 The Bahamian Rock Iguanas that live on Iguana Island

These reptiles can live up to forty years and can grow up to four feet in length. However, most Bahamian Rock Iguanas you find on Bitter Guana Cay will only be about half that size. They are brown-ish pink in color.

The Bahamas National Trust further explains in more details about these types of Bahamas Iguanas.

A fascinating history of Iguana Island in the Bahamas

Bitter Guana Cay has an extremely long history. As stated, these iguanas date back three million years ago. Though it was more recently made an island by the Earth’s shifting plates, modern day Bitter Guana Cay remains the same place as it always was.

The iguana population on Bitter Guana Cay has been on a steady decline for the past sixty years and now they are in danger of becoming extinct. It is estimated less than 5,000 of them remain. As is often the case, humans pose as the biggest threat to their existence. Illegal hunting in the Caribbean for human consumption is a big problem the Bahamian Rock Iguanas are facing

Although protection measures have been taken on the island, it is unlikely they will survive the steep decline at which their population is falling. Which means visitors better come to Bitter Guana Cay as soon as they can if they are interested in spotting these unique creatures. 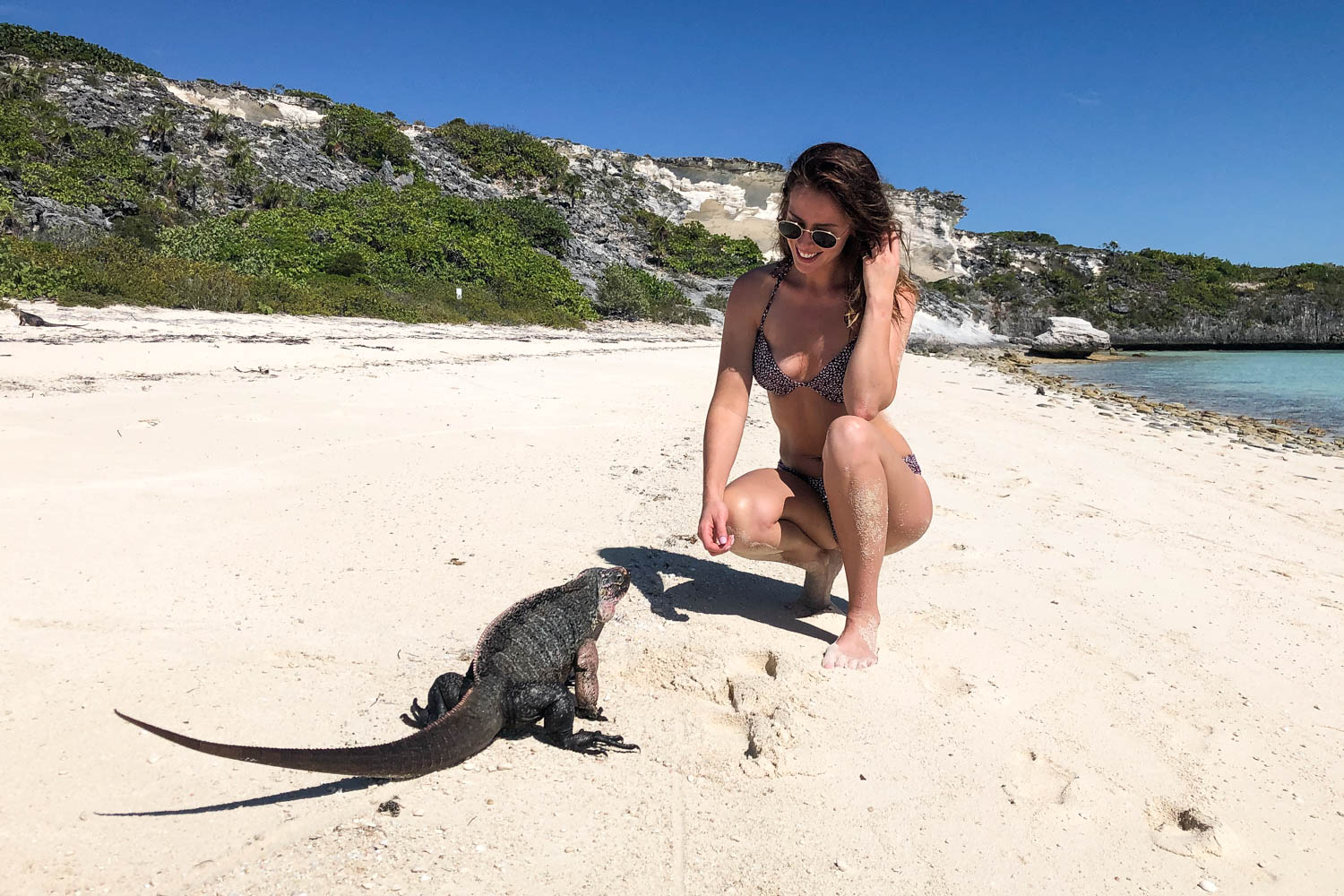 What to do at Iguana Island Bahamas

There is great hiking opportunities on Bitter Guana Cay. Most visitors hike across the island and over the rocks which the Bahamian Rock Iguanas hide in.

There are also several nice white sand beaches for those who want to unwind. The shallow pools of water off the coast are filled with vibrantly colored coral and make for excellent snorkeling swims. You can also see nice surf on the east shore and if you look hard enough, you might see Nicholas Cage’s private island in the Bahamas. 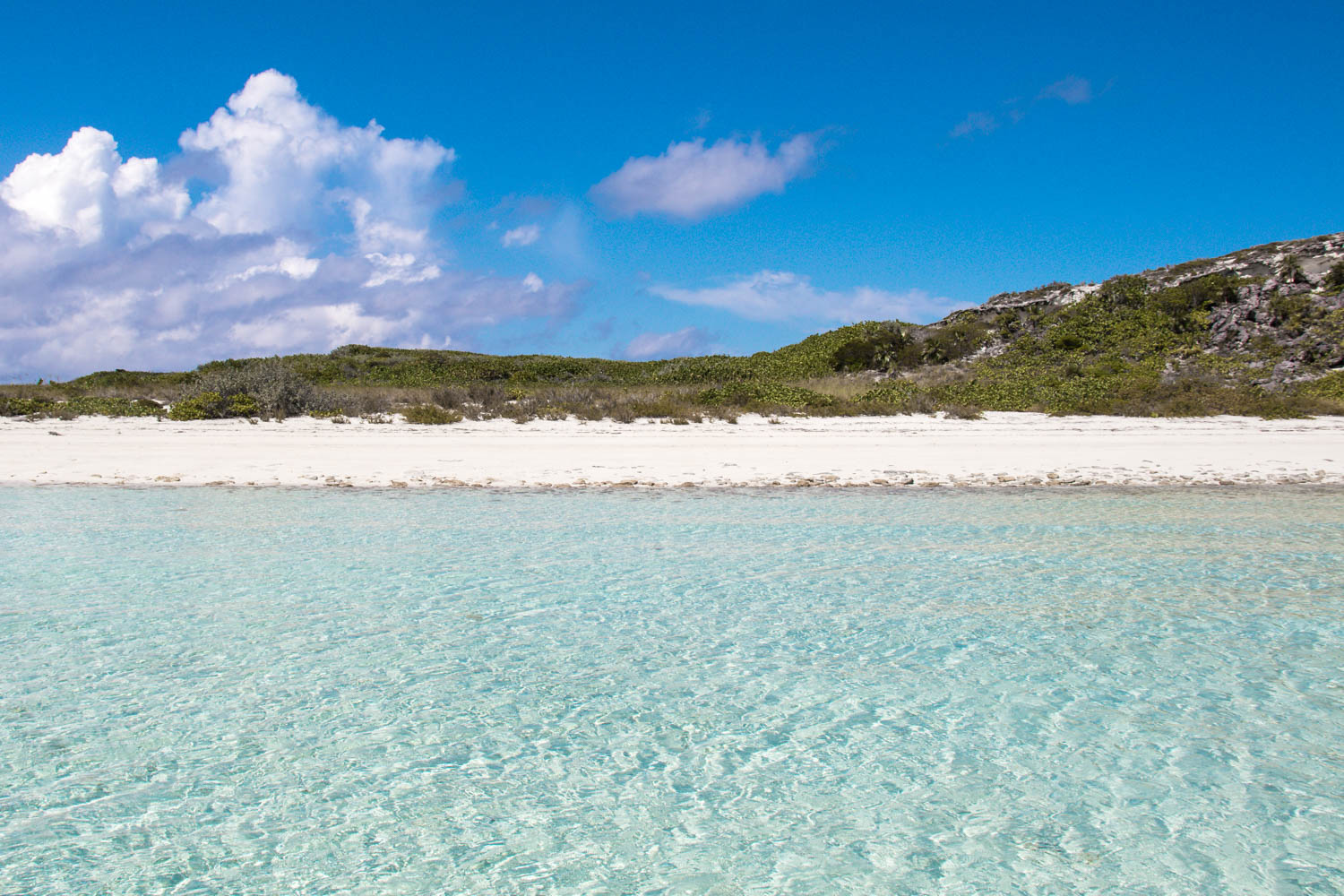 In the early summer, female Bahamian Rock Iguanas will lay around a dozen eggs in shallow sand. These eggs are leathery in texture and must be left alone if found. They sit under the warm sand for three months before they hatch and crawl their way to the surface.

As previously stated, the iguanas are indiginous to the island and not found anywhere else on the planet. Scientists have come from far and wide to study this species and the three subspecies. This is because they are said to have features accurately representing their dinosaur ancestors.

These animals will not mind you but if they are probed or threatened, they may lash out. They are not dangerous animals, but remember as domesticated as they are, they are still wild animals and should be approached and fed with caution. 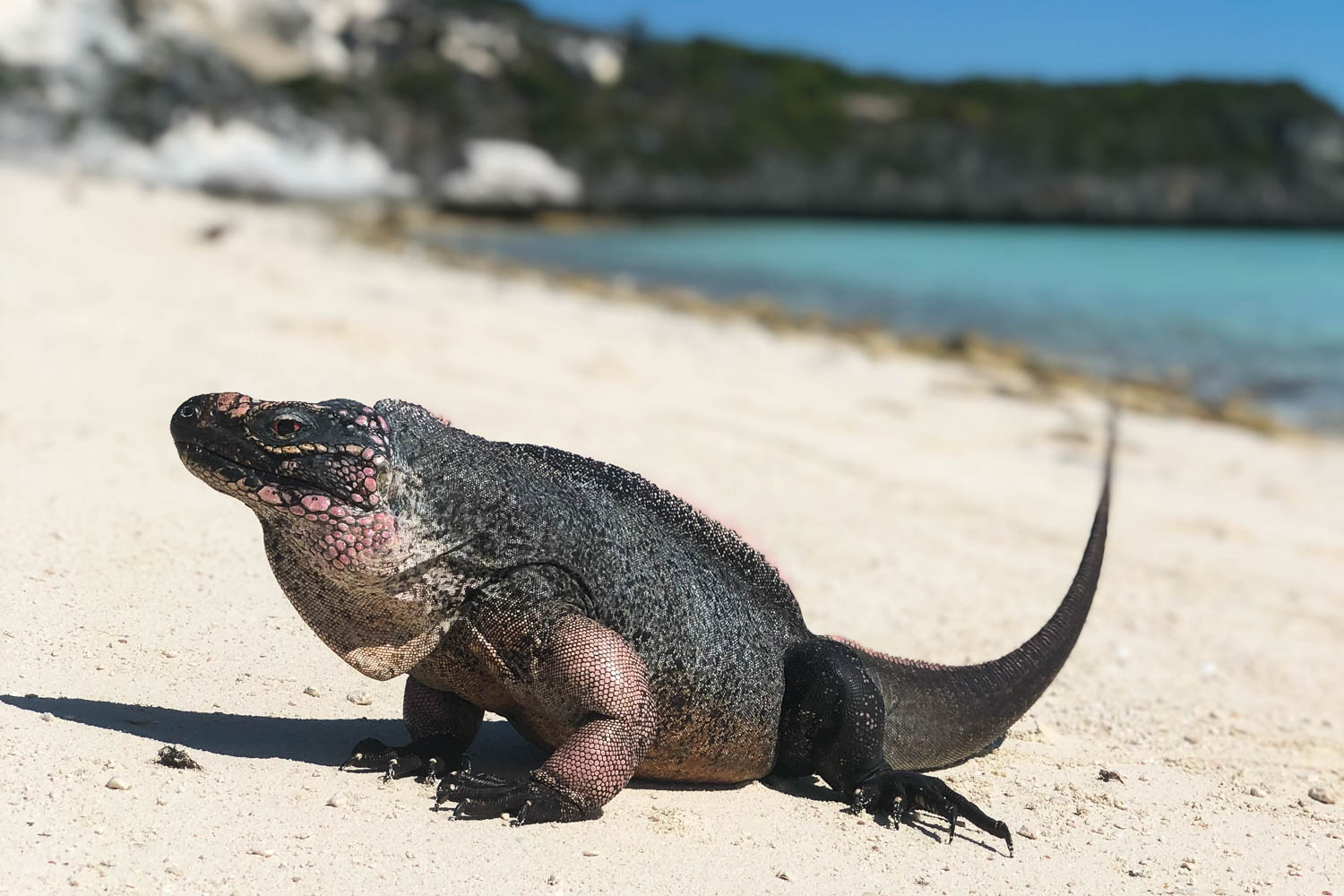 Attractions close by to the Iguanas at Bitter Guana Cay

The Bahamian Rock Iguanas are not the only attraction around Bitter Guana Cay. There is a whole list of things to do in that part of the Exuma Cays. We have listed a few:

The Bahamian Rock Iguanas are a dying breed but are an important part to the Bahamian ecosystem. On your visit, it is encouraged to ask about how you can help their species. 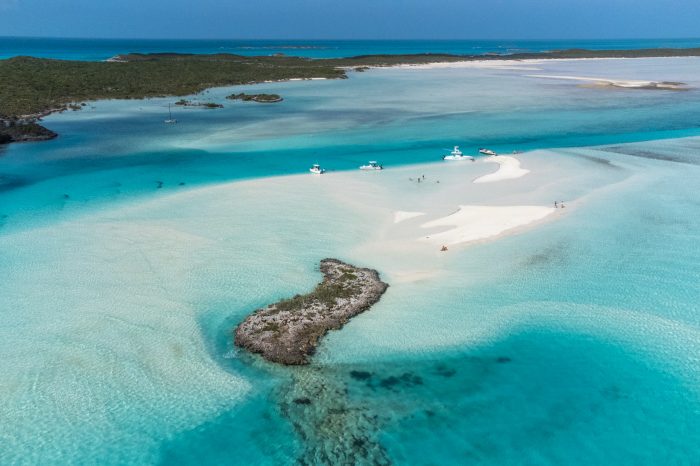 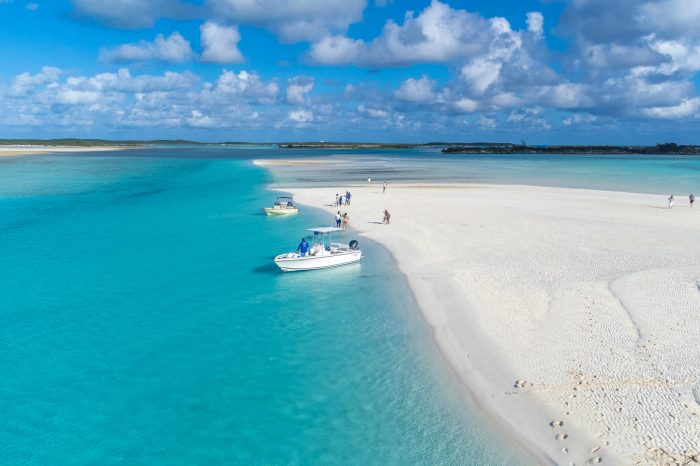 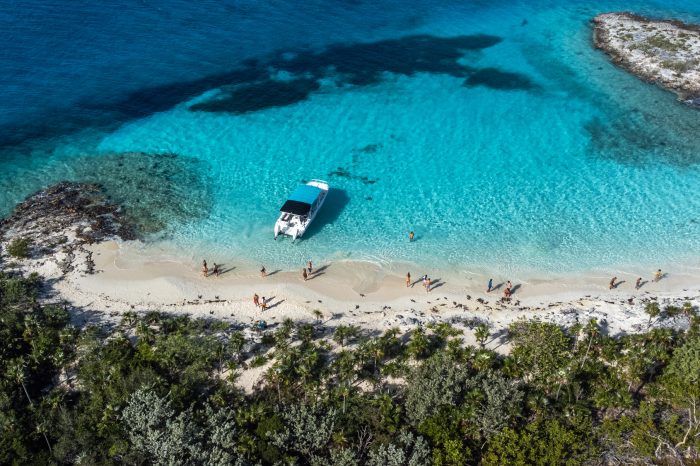