Where is the Island with Pigs?

Big Major Cay, the island with pigs, is situated in the Exuma Cays of the Bahamas. We will dive deeper into Pig Island Bahamas within the article so you can be well prepared for your Bahamas vacation and swimming pigs tours to Pig Beach.

What is Pig Beach Bahamas?

Pig Beach is a famous tourist spot featuring the lovable Exuma pigs. An estimated 20-25 pigs roam free on the island and will generally be seen on Pig Beach. Over 6.62 million people visited the island with pigs in 2018 and that number is set to climb steadily year-after-year.

Where is the Island with Pigs?

Pig Beach Bahamas is an island in the Bahamas. More specifically, it is located about 80 miles southeast of the capital, Nassau, in southern Bahamas islands. It is a part of a region of the country known as the Exuma Cays. 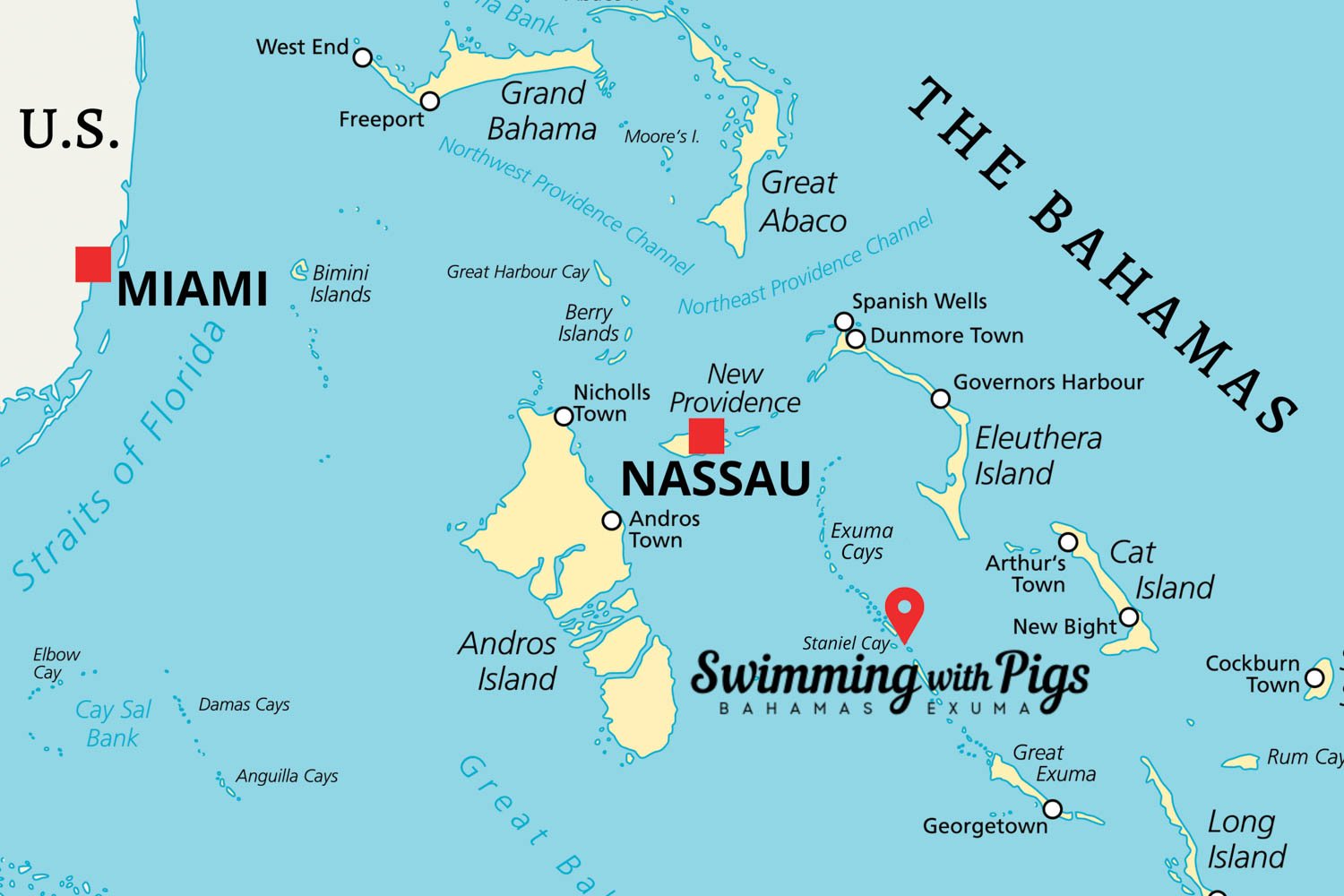 The Exuma Cays islands are renowned for their remoteness and relative exoticness compared to Nassau and some other northern islands. Big Major Cay (Pig Island Bahamas) is one of the 365 beautiful islands that make up the region.

Astronauts have been quoted saying the Exuma Cays region is the most beautiful part of the planet from their view in space.

The island with pigs sits nearly centered in the chain of islands which make up a large majority of the Exumas, just near the larger Staniel Cay. For more information about the Exuma Cays then visit this fantastic destination guide.

How to Get to Swimming Pigs Island

In order to get to the island with pigs, you have several options by way of ferry, speed boat, and private plane from Nassau.

The simplest and most time efficient option is flying. Flights to Pig Beach take off from Nassau International Airport in New Providence every day and arrive no more than 30 minutes later at the Staniel Cay Airport in the Exumas. From there, you will be directed to a private tour which will take you on a boat ride around the Exumas including the island with pigs, Big Major Cay. 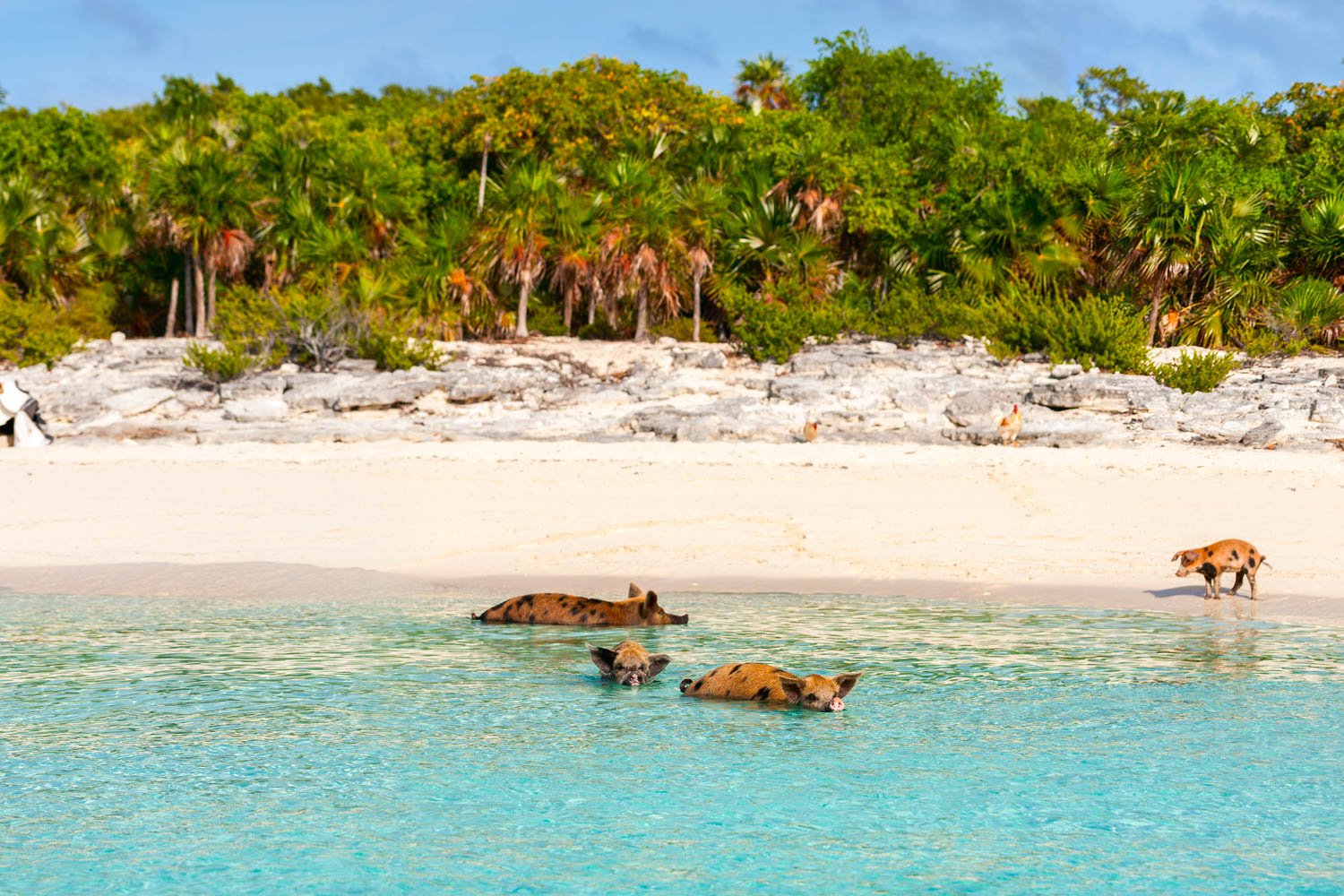 There are several other options, as mentioned, including a ferry which takes about two hours from Nassau or a speed boat which is often delayed or cancelled due to rough sea conditions.

Where do the Swimming Pigs Exuma Stay?

The pigs hang out at Pig Beach for a majority of the day because this is where they are fed. The beach is on the west coast of the island just a short ten minute boat ride from Staniel Cay.

There are several places within the Bahamas that advertise an island with pigs but there is only one island where the original swimming pigs can be found — Big Major Cay. Don’t waste your time visiting pigs in the tourist traps at Bimini or nearby Freeport. 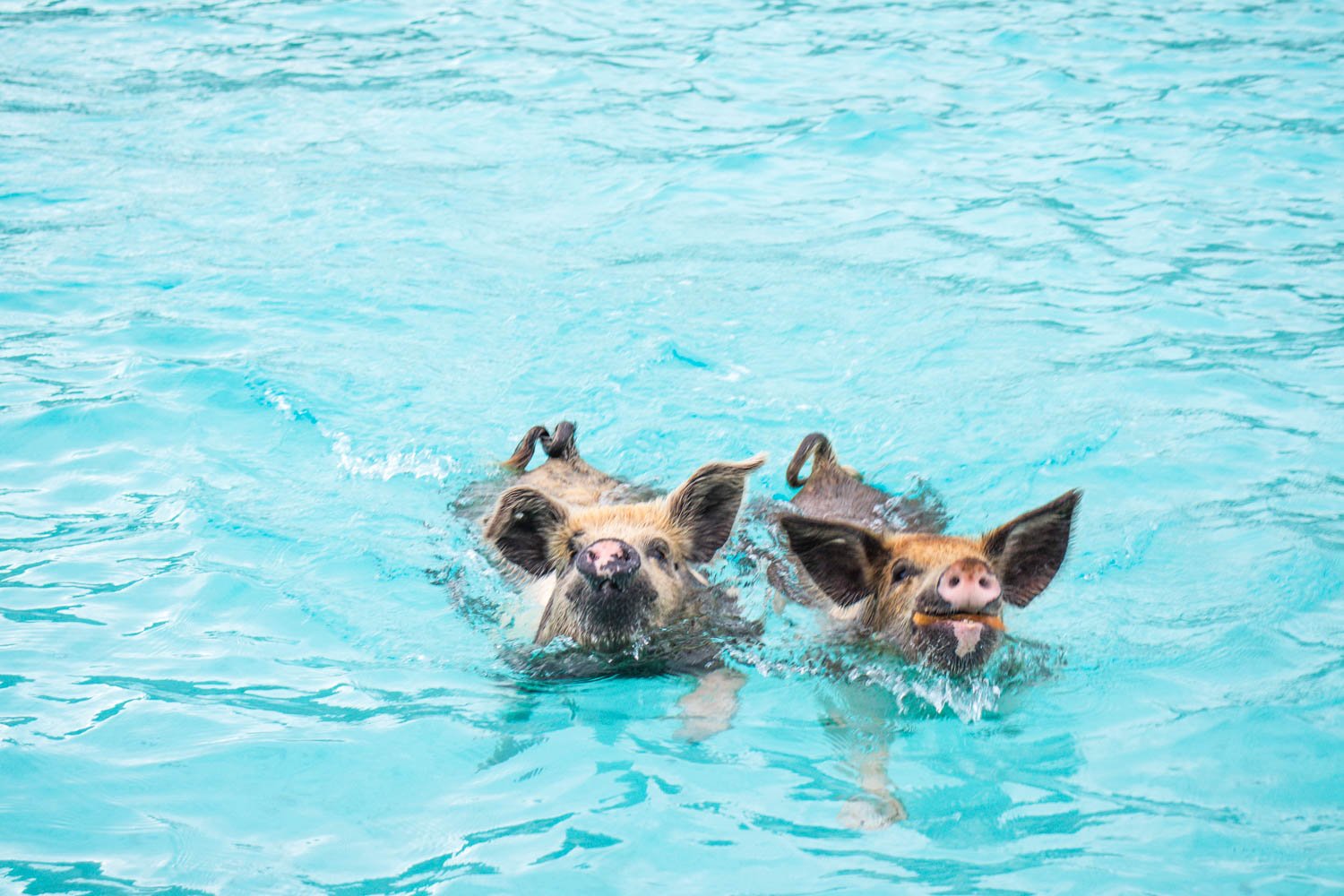 Two Swimming Pigs at the Pig Island in Exuma

Visiting the Island with Pigs

If planning a tour to Pig Island, make sure you abide by the short list of rules and etiquette to ensure your safety and the conservation of the pigs and Pig Island.

There are many of things to do in Exuma from the Sharks to the Iguanas!