The Story of the Swimming Pigs Exuma

The Exuma pigs of Pig Island Bahamas have been in their tropical paradise for years. The Exuma Cays have been a forgotten oasis for decades.

Ruthless pirates, pioneers of Europe, even the infamous Fyre Festival — all of these have run their course through the Exumas. However, who was it that put the Exuma Cays on the map? Yes, the swimming pigs Exuma have brought in the most tourists over the years.

Matter of fact, over 6.62 million people went swimming with pigs in 2018 and the spectacle is slated to continue growing in popularity year-after-year with its social media virality sky-rocketing. 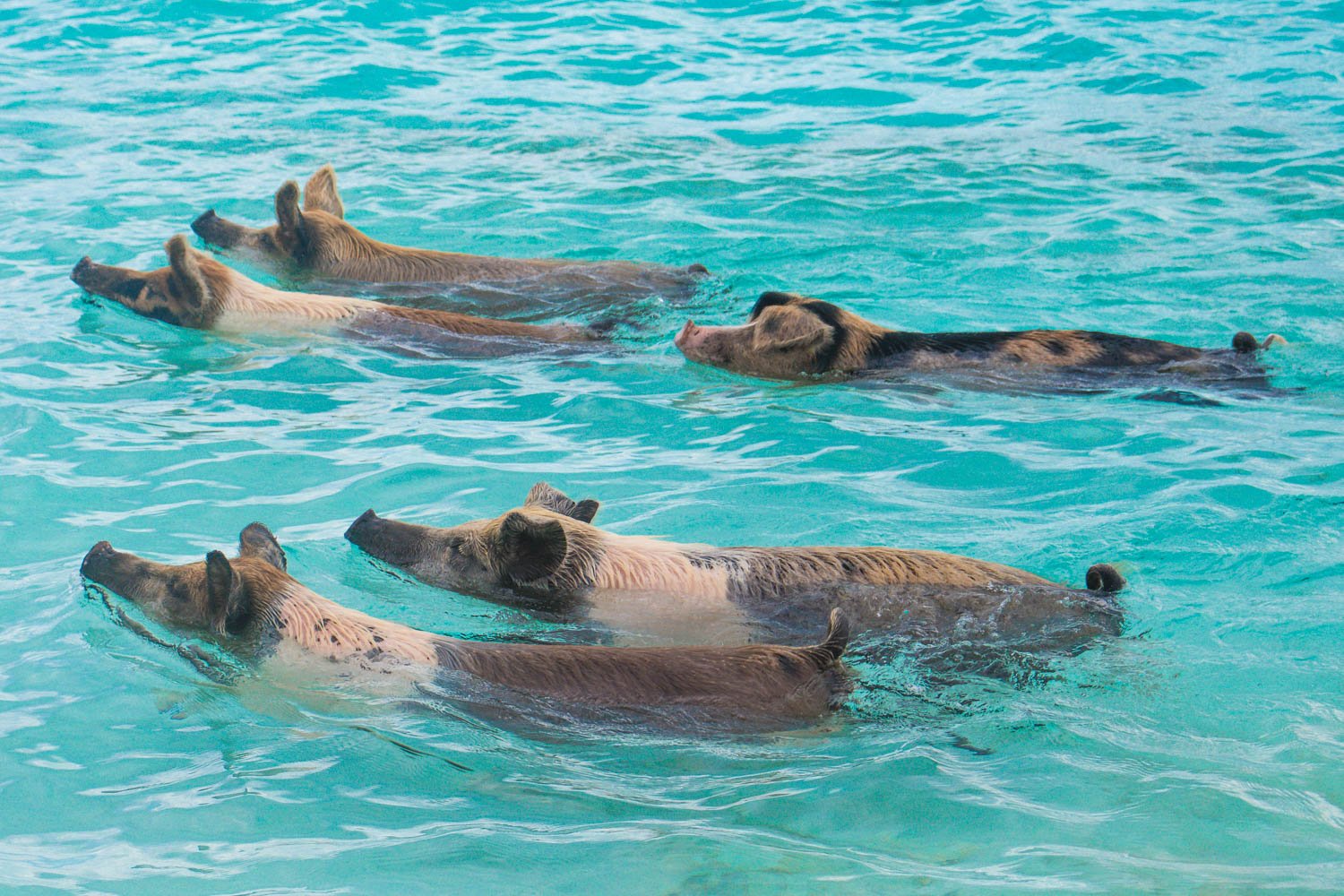 How did the Bahamas Swimming Pigs get to Pig Island (Big Major Cay)?

Legend has it that farmers in Staniel Cay used to care for their pigpen right outside of Staniel Cay Village.

When the village people complained about the stench blowing into the village from the farm, farmers were forced to dial up a solution.

Their solution?– Moving the pigs to the nearby island of Big Major Cay (later known as Pig Island) where they would boat the pigs’ daily feed to them at the same time every day.

Soon, the pigs picked up on the pattern; if they saw the boat, that meant their food was nearing.

It wasn’t before long the pigs began swimming to the boat to be the first ones fed. The farmers knew they had struck tourist gold and soon the island was seeing mass amounts of visitors like never before. 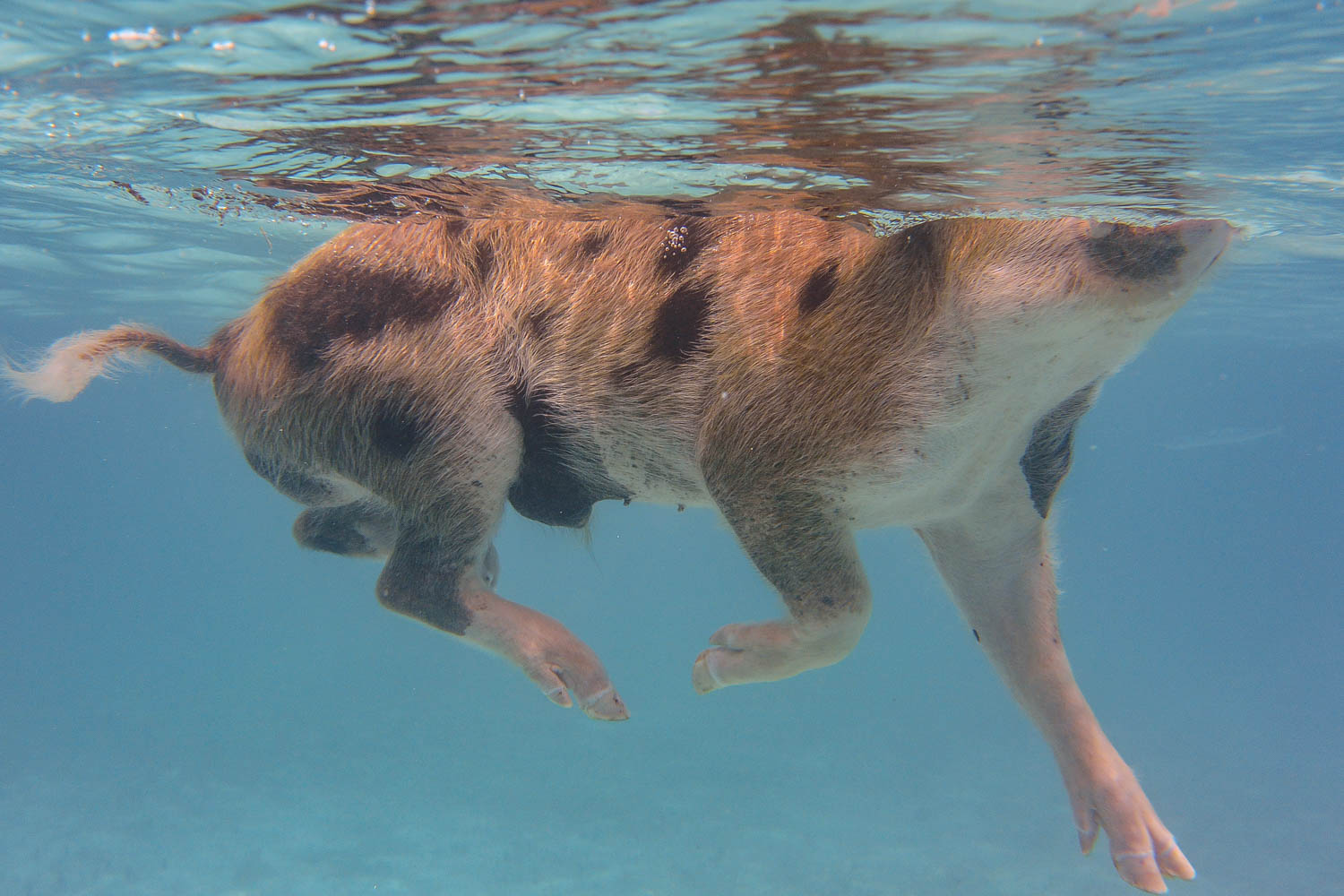 An underwater photo of the Swimming Pigs in Exuma

With the introduction of social media sharing, the island with pigs went viral and quickly became one of the most sought-after tourist destinations in the world.

Now, there are 20-25 pigs which are the island’s only permanent residents and who see thousands of visitors daily coming from various destinations such as Nassau and Miami.

For an even more detailed look at Pig Beach and the history of the Swimming pigs visit this informative Guide to Pig Beach.

Why are the Swimming Pigs Exuma still there at Pig Beach?

As stated on the official Bahamas tourism website, the swimming pigs Exuma kind of like it on Big Major Cay. They are living in paradise and being treated well so why would they want to leave?

Not to mention, the local economy is benefitting from these lovable creatures. Pig Island has become a major provider to the Bahamian tourism industry and, therefore, not only have the pigs remained on the island, but several imitation beaches have imported pigs and began to advertise the popular attraction as well. 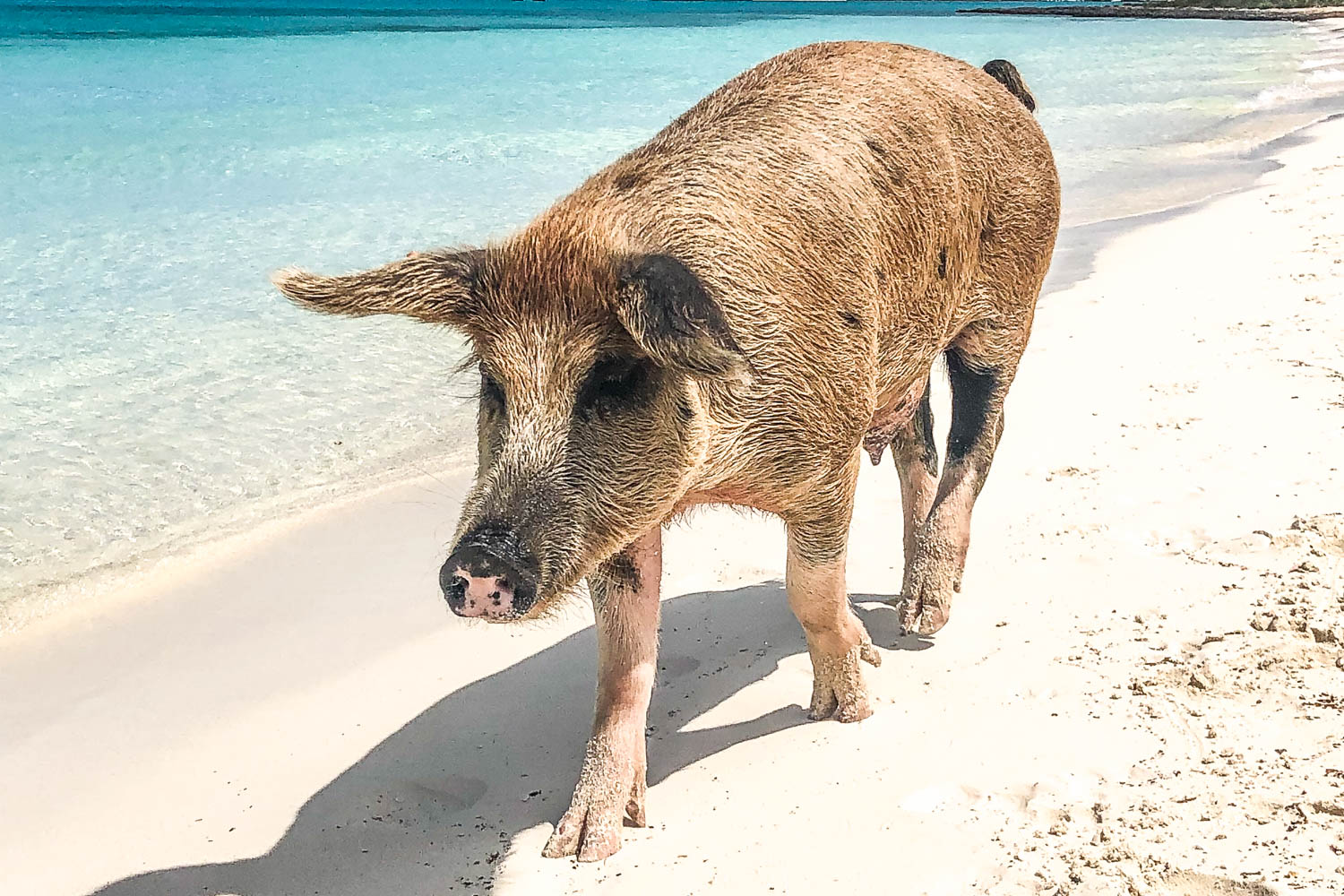 Other Folktales about the Swimming Pigs Exuma

One more popular story says the pigs were brought ashore by sailors as livestock. However, when a sudden seastorm approached, the sailors were forced to leave in a hurry and, therefore, leave the pigs on the island. It wasn’t until years later the swimming pigs Exuma attraction would be found by locals of the nearby Staniel Cay village.

Whichever story you want to believe in, no one knows the true origin and new folktales are still being told every year about how the swimming pigs Exuma got there.